Sharing more data on alleged vendors of fakes with law enforcement agencies – this way, Amazon may want to step up its fight against counterfeiting. In parallel, however, the company now faces the possibility that it might be included in the new USTR Notorious Markets list.

Amazon intends to pass on more information about potential counterfeit sales on its platforms to law enforcement agencies, according to news agency Reuters. Currently, the online retailer is only sharing information about sellers of alleged counterfeits with authorities if the information seems sufficient to take legal action. In future, however, Amazon may want to pass on such data as soon as it is confirmed that a purchased product is fake.

Accordingly, the Internet giant is said to plan sharing relevant data as soon as the trade in counterfeits has been confirmed, the seller’s account has been deactivated, and its owner has not objected. In such cases, Amazon would pass on details of the seller to European and US law enforcement authorities, including the name of the trader, the company name, details of the product, and contact information. In recent weeks, there have already been meetings with authority representatives, reports Reuters.

The US government under Donald Trump recently considered including Amazon in the list of Notorious Markets. This would concern some of the company’s sites outside of the USA, according to the Wall Street Journal. The decision of the US Trade Representative (USTR) is still pending; similar proposals had been discarded in 2018. In autumn 2019, the American Apparel and Footwear Association (AAFA) again demanded that Amazon is placed on the watchlist.

Amazon was recently accused of deliberately neglecting the fight against counterfeiting to avoid disadvantages for its own business. 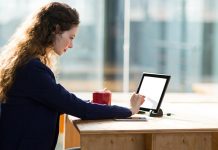