The UK’s exit from the EU could facilitate trade in counterfeits and lower security standards across Britain. Now, several UK stakeholders are issuing warnings about the potential risks.

In the United Kingdom, trade associations and consumer protection groups are currently warning of a possible significant increase in counterfeit trade in the wake of Brexit, which could potentially turn into a serious threat. The main worry is the looming withdrawal from existing EU regulations of safety standards such as those for pharmaceuticals and electrical appliances.

The British foundation Electrical Safety First (ESF), for example, is currently demanding the transfer of existing EU regulations on safety standards for electrical devices into British law. “It is essential the UK does not become a priority destination for substandard or counterfeit products as a result of possible deregulation of safety standards,” the group said.

According to ESF’s own research, every third consumer in Britain – about 18 million people total – has unwittingly bought counterfeit electrical products online. If there will be no clear provisions on the continuation of EU security measures before Brexit, ESF predicts dire consequences: “Electricity is responsible for more than half of accidental domestic fires in England and any weakening of such standards could see this figure rise in the future,” says Phil Buckle, chief executive of ESF.

Brexit could also play straight into the hands of brazen counterfeiters in the pharmaceutical sector. Recently, the Association of the British Pharmaceutical Industry (ABPI) has urged against dropping out of the new EU-wide verification system for pharmaceuticals: To protect patients from counterfeit medicines, prescription drugs have to be equipped with individual security codes, among other things, since 9 February. “It would be an absolute travesty if NHS [the UK’s National Health Service] patients aren’t part of a system specifically designed to protect them,” said Dr Rick Greville, Director of Supply Chain at ABPI.

Moreover, Britain is currently lacking a clear plan for handling imports of medicines licensed in the EU after the Brexit. According to media reports, fears of possible shortages in the wake of a hard Brexit are already causing patients to stockpile essential medicine. Apparently, the drugs might increasingly be obtained from unreliable sources, which could also make the sales a target for scammers dealing with potential counterfeits.

According to UK customs, Britain imports more than 15 million kilos of pharmaceuticals from the EU each year. Currently, the European Medicines Agency (EMA) is responsible for licensing the products, but it is not yet clear how such imports will be handled in future. If obtaining certain drugs should turn out to be significantly harder, or should no longer be possible at all, this might also lead to increasing numbers of patients turning to dubious sellers, e.g. via the internet. 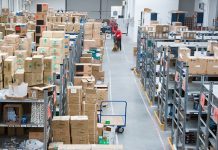