EU: Thousand tons of illicit pesticides seized
Around 1,200 tons of counterfeit and illegal pesticides were seized by authorities from numerous EU and non-EU countries in Operation Silver Axe 6, coordinated by Europol. Officials from a total of 35 countries1 were involved in the four-month operation (mid-January to end of April 2021), more countries than in Operation Silver Axe 5 in 2020. The authorities inspected pesticides e.g. at customs borders, in postal traffic, and on online marketplaces – especially online, they reportedly saw a strong increase in illegal products. With the seized goods, criminals could have generated illegal profits worth up to 80 million euros, authorities said. This year’s operation was supported by the European Union Intellectual Property Office (EUIPO), the European Anti-Fraud Office (OLAF), the Directorate-General for Health and Food Safety (DG SANTE), and the industry association European Crop Protection Association/CropLife Europe.

Italy: Packaging site for counterfeit perfumes shut down
Officers of the Italian police Carabinieri shut down an illegal hub for counterfeit perfumes, assisted by Europol – dismantling an operation of the organized crime. About 2,000 counterfeit items were seized, including about 1,100 packets of ready-for-sale perfumes, about 600 articles of clothing, as well as leather goods, watches, and hundreds of IT accessories, as reports say. In addition, about 2,000 semi-finished counterfeit perfumes were seized. According to reports, the illegal network operated out of Italy and maintained close ties with producers in countries neighboring the EU; they transported counterfeits in large quantities across the Balkans before packaging and selling them in Italy. To cover their tracks, the network had apparently used sophisticated supply chains. 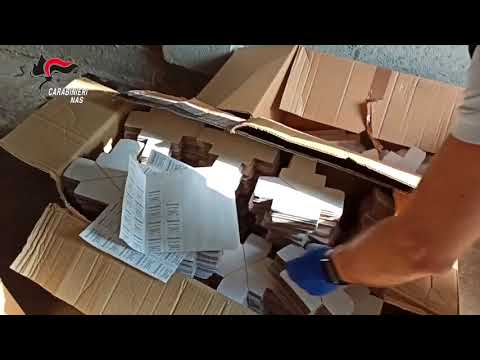 Poland: Thousands of fashion fakes seized
During a raid at an industrial site in the Warsaw area, Polish authorities seized around 14,000 counterfeit fashion items. The total value of the goods is estimated at around 4 million zloty (around 888,000 euros). The approximately 9,000 counterfeit clothing products and about 4,500 counterfeit pairs of shoes carried the trademarks of registered brands – but were identified by officials as presumed counterfeits based on their appearance and quality. The authorities had launched the investigation based on information that counterfeits might be stored in the warehouse facilities.

UK: Fake merchandise and other counterfeits seized
One day before the start of the European football championship, officers of the Intellectual Property Crime Unit of the City of London Police (PIPCU) confiscated counterfeit football shirts worth around 80,000 pounds (around 93,000 euros). The counterfeits were seized during raids at the residential address and storage site of a 19-year-old from the Wembley area, London; in total, thousands of items were seized, authorities said. “This operation is an excellent example of PIPCU working collaboratively with the sports industry to tackle the sale of counterfeit goods.”, said Andrew Masterson, Detective Sergeant of the City of London Police. Meanwhile, in Scotland, authorities seized counterfeits worth around 3 million pounds (about 3.5 million euros) in Glasgow, including clothing, perfumes, watches, and shoes. The counterfeits infringed the IP rights of well-known brands such as The North Face, Moncler, Ugg, and Dior. The investigation is ongoing.

Russia: Prize draw to promote Track-and-Trace
To encourage consumers to authenticate products via QR code scans, hundreds of non-cash and cash prizes are raffled off for six weeks via the Russian track-and-trace system Chestny ZNAK. Consumers can enter the competition by scanning at least ten QR codes which are applied to a wide range of goods such as dairy products, pharmaceuticals, clothing, and shoes; the more scans participants complete, the higher their chances of winning. With the national track-and-trace system Chestny ZNAK, Russia plans in the long term to trace all domestically traded consumer goods; for example protecting them from counterfeiting. Full implementation of the system is planned for 2024.