The negative award Plagiarius again exposes blatant counterfeits that violate IP rights of European manufacturers. This time, four fraudsters made it into the top three – and several fake products were awarded that are being distributed by European companies.

On 7 February, the jury of Aktion Plagiarius e.V. awarded the first place of this year’s Plagiarius anti-prize once again for an imitation of a product of the Limburg-based household goods manufacturer Genius. The counterfeit of a kitchen cutter, which has been awarded this time, not only imitates the product and its packaging, but also the name of the product, its descriptions, and illustrations. Only the original logo was skipped.

The second place was awarded to a now-liquidated Dutch company which had imitated cream capsules from Vienna-based Kayser Berndorf. The fakes, however, seem to have flaws in quality and safety, as e.g. one of the capsules exploded without apparent external influence. The third place is shared by two prize winners: a counterfeit dog harness from the Hungarian original manufacturer JULIUS-K9 and a backpack imitating a product by the Swiss company Wenger. In both cases, the design of the originals was copied exactly. The counterfeit dog harnesses, which originated from China, are mainly sold via online shops and social media; the imitations of the backpacks were sold by an Israeli dealer via a worldwide distribution network. 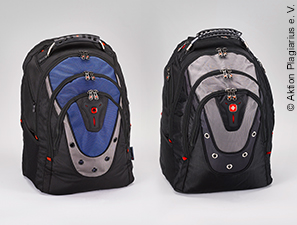 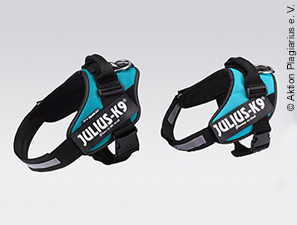 The further recipients of the award also include two copies of products originally from Baden-Württemberg: Firstly, a street sweeper originally from Haaga Kehrsysteme in Ebersbach and secondly, a lamp originally from the Karlsruhe-based company Nyta. In both cases, the design and technology were copied in detail. According to Aktion Plagiarius, however, the Bavaria-based company selling the imitated lamps denies that their products are plagiarisms and refuses to stop distributing them. 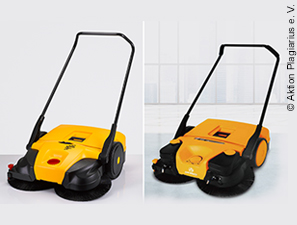 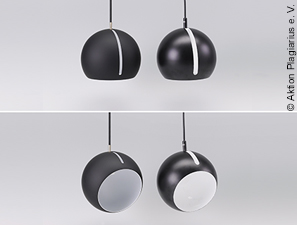 The negative effects of counterfeiting were stressed by this year’s laudator Christiane Nicolaus, Director of the Design Center Baden-Württemberg, at the Plagiarius press conference. “Product development costs time, money and know-how. Innovative companies are entitled to the reward for their work.” The anti-prize Plagiarius, which has been awarded since 1977, wants to make the illegal business of counterfeiters known and raise awareness of counterfeiting in industry, politics and consumers..