Two students apparently cheated the technology giant Apple out of hundreds of thousands of euros with counterfeit smartphones. The fraudsters submitted warranty claims for fake iPhones to Apple – and received original items in exchange from the US company.

The American IT-manufacturer Apple has failed to recognize thousands of counterfeit iPhones as fakes and replaced them with original smartphones, according to current reports. Two Oregon-based students thus obtained smartphones worth hundreds of thousands of euros by fraud. The two had imported counterfeit iPhones from China and submitted them to Apple for replacement as allegedly faulty original products. The company is said to have handed the fraudsters originals worth about 800,000 euros in total (ca. 900,000 US dollars).

As a reason for the alleged complaints, the students apparently claimed that the devices could no longer be switched on. Almost half of the more than 3,000 counterfeit phones submitted were subsequently replaced by Apple with original iPhones. According to the federal prosecutor, the scammed replacement devices were then sent overseas and resold there as original goods.

According to his own statement, at least one of the accused paid friends and family in the USA in order to use their addresses in a bid to conceal the import of counterfeits from China. He apparently submitted some of the fake smartphones in person for exchange; in other cases, he applied for warranty via Apple’s online support and sent in the fakes.

According to an Apple representative, iPhones submitted for repair are usually checked for authenticity by a technician. In the event of counterfeiting or unauthorized modification of iPhones, Apple will reject warranty claims and return the products to the sender with a respective statement. In an affidavit, one of the two defendants denied ever having received such a statement from Apple.

The scam was unmasked in April 2017 when US customs investigators had intercepted several shipments of counterfeit smartphones from China. US federal investigators in Portland then initiated an investigation. During a subsequent raid at the residence of one of the two accused, more than 300 counterfeit iPhones as well as shipping and warranty documents were seized. Both men will now have to stand trial. 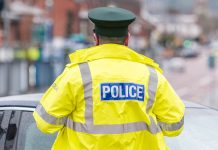