Counterfeit products worth around 24 million euros were seized by Austrian customs officials in 2020 – the Alpine republic’s customs intercepted more counterfeit shipments than ever before. The volume of illegal medicines seized is seen as particularly worrying.

Austrian customs officials seized a total of 3,317 shipments containing counterfeit goods in 2020 – around 60 percent more than in the previous year. In a further 3,420 seizures, officials also confiscated hundreds of thousands of counterfeit or otherwise illegal medicines. This was released in the current report Produktpirateriebericht 2020, which the Austrian Ministry of Finance (BMF) submits annually to the National Council. The value of the seized counterfeits is estimated at around 24 million euros.

The report considers the amounts of drugs seized as particularly alarming. A total of nearly 346,000 counterfeit and illegal medicines were seized in the 3,420 shipments intercepted. With a 58 percent increase over 2019, this represents a new high in seizures: The number of confiscated medicines is the second highest ever recorded; only in 2018, there were more pharmaceuticals being seized, with 1.2 million counterfeit drugs – at that time due to four particularly large seizures, however.

In the 3,317 other shipments seized, the officials confiscated a total of 56,979 counterfeits. Next to the medicines mentioned above, toys as well as clothing and clothing accessories were particularly frequently counterfeited. 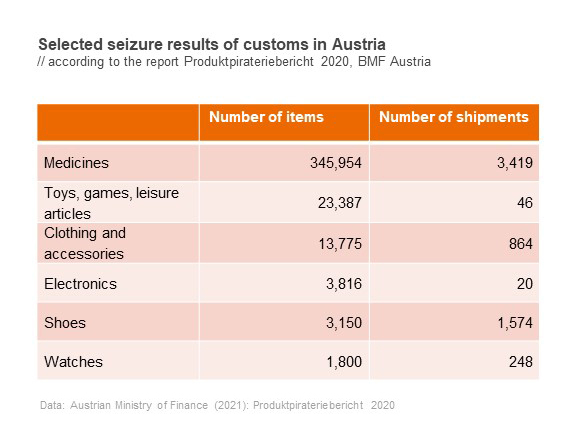 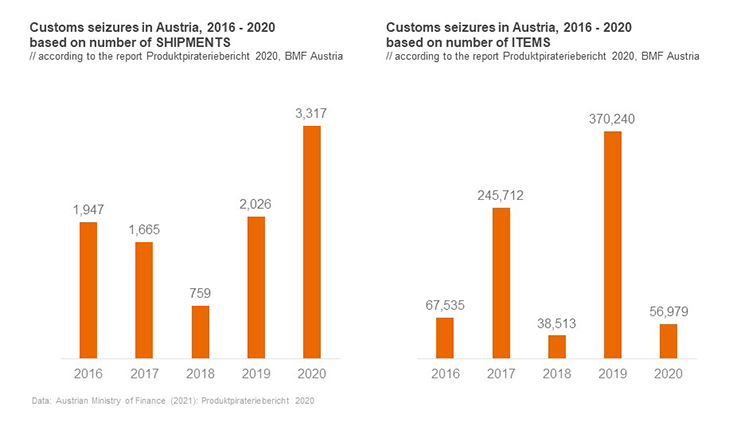 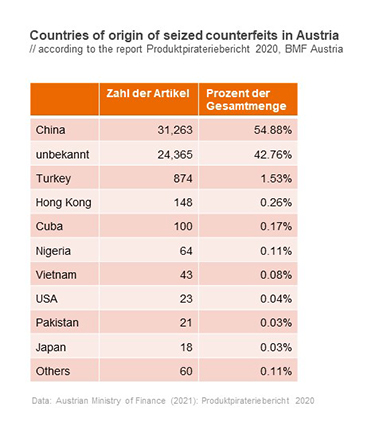