An alarming 7.6 billion euros were lost in sales in 2019 in the German mechanical and plant engineering industry due to counterfeiting and plagiarism. The damage caused by counterfeiting continues to rise – by around 300 million euros compared to the 2018 study. Simultaneously, the number of companies impacted has increased too: 74 percent of the study participants stated that they were affected by counterfeiting (71 percent in 2018) – for companies with more than 500 employees, the figure is even as high as 90 percent. These are some of the findings of this year’s analysis of the German Mechanical Engineering Industry Association VDMA (Verband Deutscher Maschinen- und Anlagenbau e. V.).

The damage caused by counterfeiting for German companies in this industry thus averages almost 5 percent of annual sales. Companies of all sizes are affected, from SMEs to large corporations. Mid-sized companies suffer particularly from counterfeiting – according to the study, companies with 500 to 1,000 employees even incur sales losses of over 9 percent. Overall, counterfeiting prevents the creation of almost 35,000 jobs, according to the association. Particularly remarkable is the increase in the perceived threat level from counterfeiting: This year, more than half of the study participants stated that the danger was increasing – a rapid increase compared to the last couple of years. 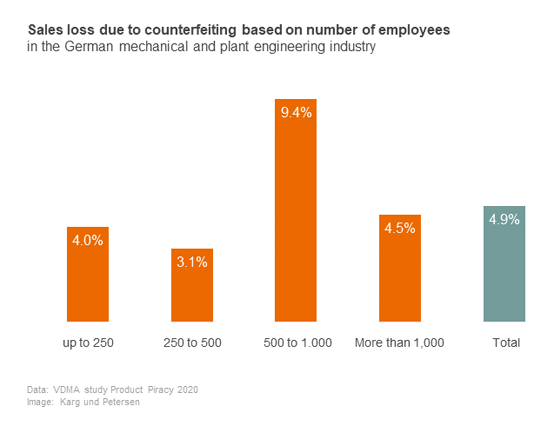 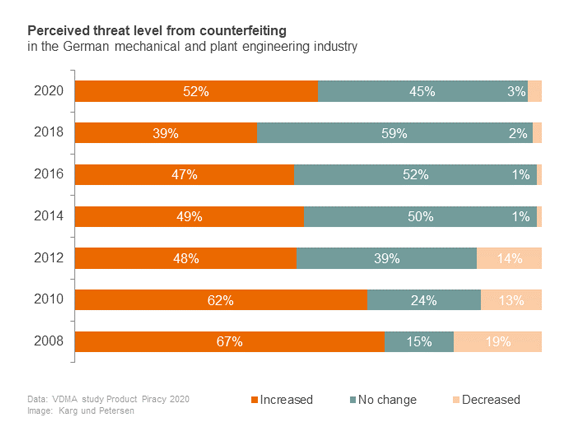 Components were counterfeited primarily; closely followed by design imitations. But even entire machines, spare parts, and so-called ‘soft’ fakes, such as catalogues, brochures, and product photos, are targeted by fraudsters. Often, counterfeits pose a relevant safety risk: More than half of the companies stated that identified fakes pose a threat to the safe operation of systems. More than a third also reported that counterfeits endanger the operators or users. “This shows that plagiarism is not a trivial offence”, says Steffen Zimmermann, head of the VDMA Competence Center Industrial Security. 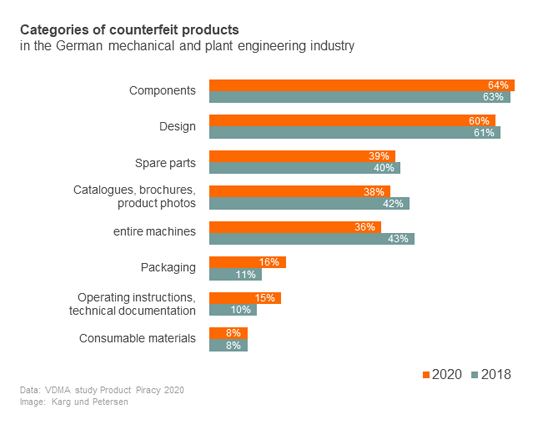 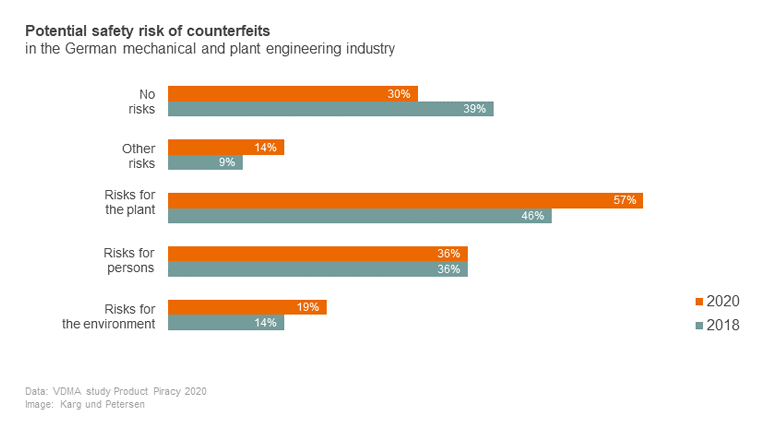 Often, the origin of fakes is said to be competitors, as reported by 72 percent of study participants. However, business partners, such as customers and suppliers, can be responsible too – altogether for a shocking 42 percent of the respondents. Illegal factories, on the other hand, are mentioned by around a third of study participants. While China is perceived as by far the most important country distributing counterfeit products, Germany is mentioned as the second largest distribution country in the study. Other important distribution countries are the USA, Turkey, India, and Italy, according to the study. 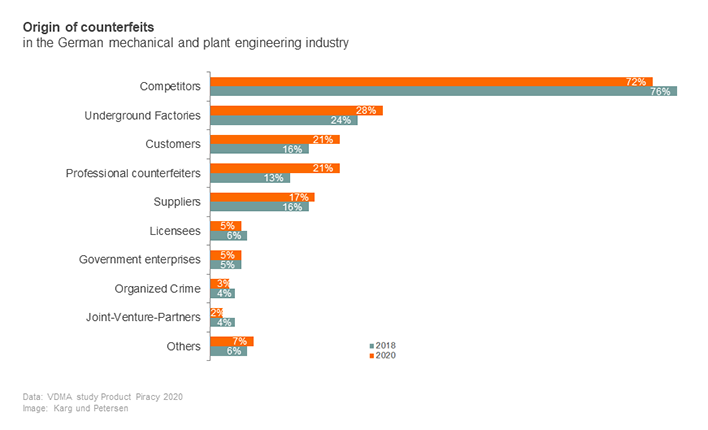 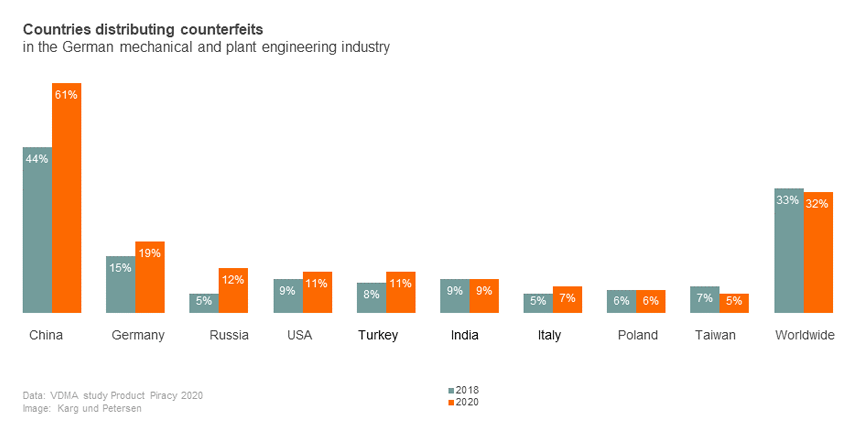 Another result of the survey: companies are increasingly reluctant to take legal action against counterfeiting. So, only 26 percent of the companies affected initiated civil litigation; a decline of 13 percent. “Small and medium-sized companies in particular seem to be increasingly resigned or shying away from the effort of taking legal action”, explains Zimmermann. While every second large company is taking legal action, only every tenth small and medium-sized company does so.

The association comes to a sobering conclusion about the developments of the last few years. “The situation has worsened despite many political efforts,” the report says. The main problems given are inadequate checks and control possibilities. The report calls e.g. for more staff in responsible places such as customs; and for a stronger political influence on imports into the EU and online trade.

The VDMA study Product Piracy 2020 is the latest edition of the survey on counterfeiting and brand protection in the plant and mechanical engineering industry, which has been conducted every two years since 2003.