With its recently published watch list, the EU aims to encourage action against counterfeiting. The list includes both offline and online marketplaces outside of the EU which promote or encourage counterfeiting. However, some strongly criticized operators are missing.

The European Commission’s first-ever monitoring list on counterfeiting and piracy identifies physical and online marketplaces outside of the EU that routinely allow the rights of European manufacturers to be violated. The Counterfeit and Piracy Watch List is based on contributions from rights holders and industry representatives. The aim is to encourage the operators of notorious marketplaces as well as local authorities and governments to take stronger measures against IP infringement. It is also intended as a means of educating EU citizens about the potential risks of buying counterfeit products.

The watch list highlights e-commerce platforms that promote counterfeiting and piracy on a large scale. According to the EU, the offenders include the Chinese trading platforms China-telecommunications.com and Xxcjy.com as well as various websites belonging to the Eastern European EVO Company Group and the platforms Bukalapak in Indonesia, Lazada.co.th in Thailand, Naver.com in Korea, and Snapdeal.com in India.

Notably missing are online giants Alibaba, Amazon, and eBay, whose protective measures against counterfeiting have often been criticized in the past. For Alibaba, this should come as a welcome change: In the US, the major corporation recently had to defend itself against its repeated inclusion on the Notorious Markets list of the US Trade Representative (USTR), a counterpart to the current EU watch list. The EU’s assessment is a success for Amazon, too – after all, the US corporation has already been labelled an “accomplice” to counterfeiters.

In contrast, the EU evaluation of these trading platforms is relatively positive, although the European Commission acknowledged that “further progress is needed” in the fight against counterfeiting on Alibaba, Amazon, and eBay. According to the assessment, however, the platforms’ conformity with EU recommendations on combating illegal content online is comparatively high, and operators are “generally open to cooperate with rightholders”.

In addition to e-commerce platforms, the EU watch list also features illegal mail-order pharmacies to highlight the growing problem of fake pharmaceuticals online and to raise awareness of the associated health risks among citizens. Various hosting providers, peer-to-peer networks, stream-ripping services, and referrer websites notorious for illegally hosting or spreading copyrighted content are included, too. Finally, reference is also made to large physical trading venues for counterfeits, for example in Argentina, China, Indonesia, Canada, Thailand, Turkey, and the Ukraine. 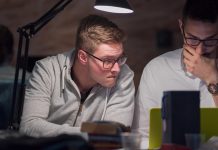