21. May 2021
© Hero Images/Hero Images/stock.adobe.com
//
Recent studies
Counterfeiting is widespread on social media, as a new study by EUIPO now illustrates. According to the analysis, one in ten conversations on social networks that covers physical products and comes from users in European countries is related to suspected counterfeits.

Insights into the vast volume and frequency of IP infringements on social media are now available in a new study from the European Union Intellectual Property Office (EUIPO). According to the analysis, around 11 percent of all interactions regarding physical products on social networks are related to potential counterfeit goods; around 35 percent of the interactions analyzed also involved potential pirated content. 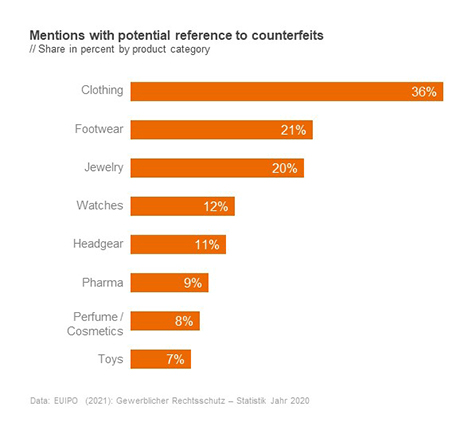 Almost all possible mentions of counterfeiting took place in English-language content (86 percent), with Spanish, Italian, German, and French following by a wide margin. The respective share was again significantly lower in Polish- and Swedish-language content. 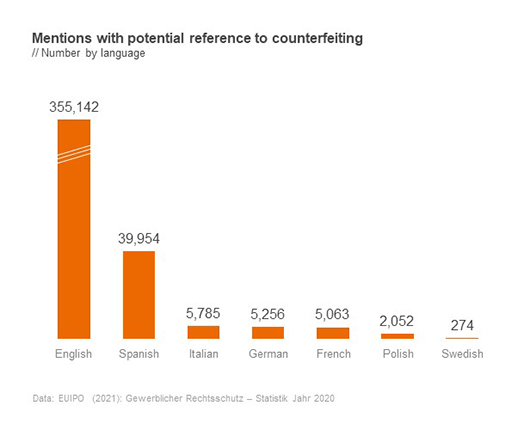 In terms of digital content, around 35 percent of interactions showed a possible link to piracy. According to the analysis, the share was highest for digital content in the form of e‑books (61 percent), TV shows (48 percent), and music (43 percent). 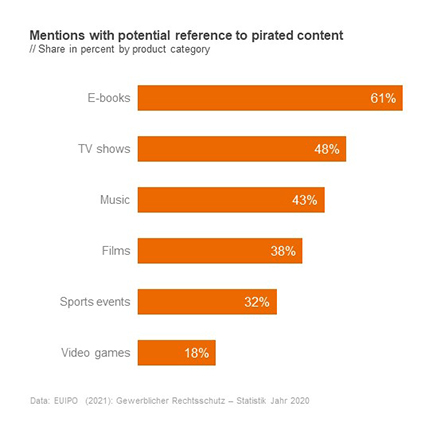 The analysis also looked at the impact of the Covid-19 pandemic, and here showed an increase in mentions of potentially counterfeit medicines as well as clothing. The full study Monitoring and analysing social media in relation to IP infringement can be accessed via the EUIPO website.

EU: Every second seized import is from online trade