The well-known German news outlets ARD, NDR, and Die Zeit are currently drawing attention to counterfeiting with a broad reportage, generating awareness for the illegal billion-euro business that criminals are conducting at the expense of manufacturers and consumers alike.

For their new reportage, journalists from the TV magazines ARD Panorama, NDR Info, and the weekly newspaper Die Zeit went to China to track back a fake rucksack infringing the outdoor brand Fjällräven, which had been bought in Germany. During their research, the reporters came across factories producing tens of thousands of counterfeits of the popular Swedish backpack every month.

However, the counterfeits do not only violate the manufacturer’s trademarks. Laboratory tests of one of the fake backpacks also revealed that it was contaminated with carcinogenic heavy metals, potentially making it very harmful to health.

According to the report, consumers have to be particularly careful when shopping online. “These fraudsters ultimately operate like regular businesses,” Stefan Moritz, head of the online trademark protection company Markmonitor in Germany, is quoted. “They establish themselves on social media platforms, they use websites and marketplace activities on various marketplaces to position themselves. We’re clearly talking about organized crime here.”

In the case of the fake Fjällräven backpack, the counterfeiters used Instagram to place advertisements that redirected consumers to a fake online shop. Unfortunately, it is often impossible to track down the sellers: there is no imprint, in some cases the offers are replaced by new advertisements and new fake shops after just a few days. “It is a constantly changing cosmos”, the reporters conclude.

“There can be no compromises in this matter, and one must fight for one’s rights,” comments Thomas Bareiß, Parliamentary State Secretary in the German Federal Ministry of Economics, on the situation in an interview. The politician of the German CDU party emphasizes that in Germany alone the damage caused by counterfeiting now amounts to around 50 billion euros per year, with China as the main exporter of fakes, also from a global point of view.

However, Bareiß also admits that China is also an important customer for German companies and “is becoming more and more important economically”. As many German companies rely on the Chinese market, it is not always possible to negotiate with China “at eye level”. Counterfeiting will therefore continue, Bareiß told the journalists.

A TV report by the ARD magazine Panorama in the ARD media library and a detailed article on Zeit Online offer insights into the reportage. 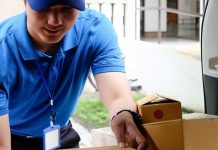