In a large-scale operation coordinated by Interpol and Europol, investigators now confiscated tons of illicit and counterfeit food worldwide. Once again, counterfeit alcohol topped the list of most frequently seized items.

December 2018 through April 2019, law enforcement agencies from 78 countries* took action against trafficking in illegal and counterfeit foodstuffs. Operating under the codename Opson VIII, the authorities confiscated more than 100 million euros worth of items and arrested 672 people worldwide.

In total, the investigators seized around 16,000 tons of suspicious food – about four times as much as during last year’s operation, Opson VII. For example, more than 150,000 liters of fake olive oil were secured by German and Italian authorities, while investigators in Lithuania were able to remove around 300,000 counterfeit sweets from circulation.

Interpol also recorded a drastic increase in the seizure of illicit beverages: In total, about 33 million liters were confiscated, a sharp rise of more than 23 million liters compared to the previous year. This year, counterfeit alcohol once again topped the list of most frequently seized items: Among others, investigators busted an illegal vodka factory in Russia. 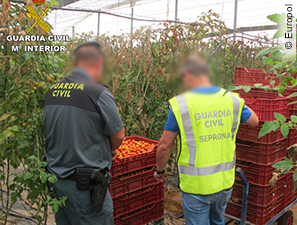 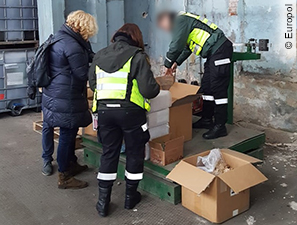 Despite the success of anti-counterfeiting campaigns such as Operation Opson, Interpol still sees a need for additional measures: “Interpol calls for further efforts and better coordination at the national, regional and international levels in order to stem this tide which endangers the health of consumers worldwide,” said Paul Stanfield, Interpol’s Director of Organized and Emerging Crime.

Actions against organized crime and counterfeiting in Europe