During this year’s large-scale operation against counterfeit pharmaceuticals, named Pangea XI, Interpol has recorded a sharp decline in the value of illicit goods seized. However, the police organization is happy with the results of the operation for that very reason.

During the series of global raids carried out as part of Interpol’s Pangea XI operation, authorities from 116 countries* seized approximately 500 tons of illegal pharmaceuticals and medical devices. The value of the confiscated products amounts to about 14 million US dollars (ca. 12 million euros), a significant decrease from the record-breaking number of seizures in 2017, when goods worth roughly 51 million US dollars (more than 43 million euros) were seized.

According to Interpol’s Secretary General Jürgen Stock, this steep reduction shows the effectiveness of Interpol’s actions, which led to stricter controls now becoming routine in many countries. As a result, counterfeiters are now increasingly shipping smaller quantities to avoid being detected by the authorities, he explains. “The actions of the police, customs, and health regulatory agencies working together have forced the criminals operating illicit online pharmacies to change their modus operandi.”

During Operation Pangea XI, which was coordinated by Interpol and ran from 9 to 16 October, the authorities closed down 3,671 links to websites, social media pages, and online marketplaces suspected of trading with dangerous counterfeit pharmaceuticals. Moreover, 859 suspects were arrested, more than twice as many as during the last Pangea operation in 2017. At that time, about 400 alleged counterfeiters had been detained. Apart from counterfeit contraceptives, painkillers, and sedatives, officials for example also confiscated fake medicines for treating HIV, cancer, diabetes, and Parkinson’s disease. In addition, over 110,000 counterfeit medical devices such as surgical instruments and syringes as well as hearing aids and contact lenses were removed from the markets.

The police actions were supported by anti-counterfeiting communications and public education about illegal pharmaceuticals. For example, as part of Operation Pangea XI, information materials, events, and lectures were employed to warn the public against the potential dangers of buying medicines online. 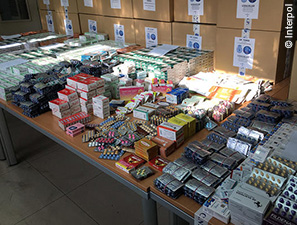 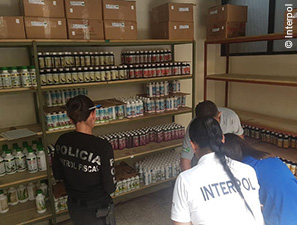 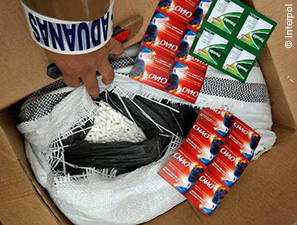 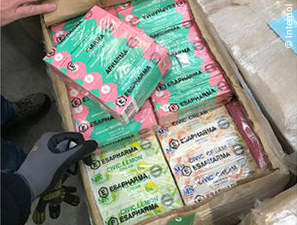